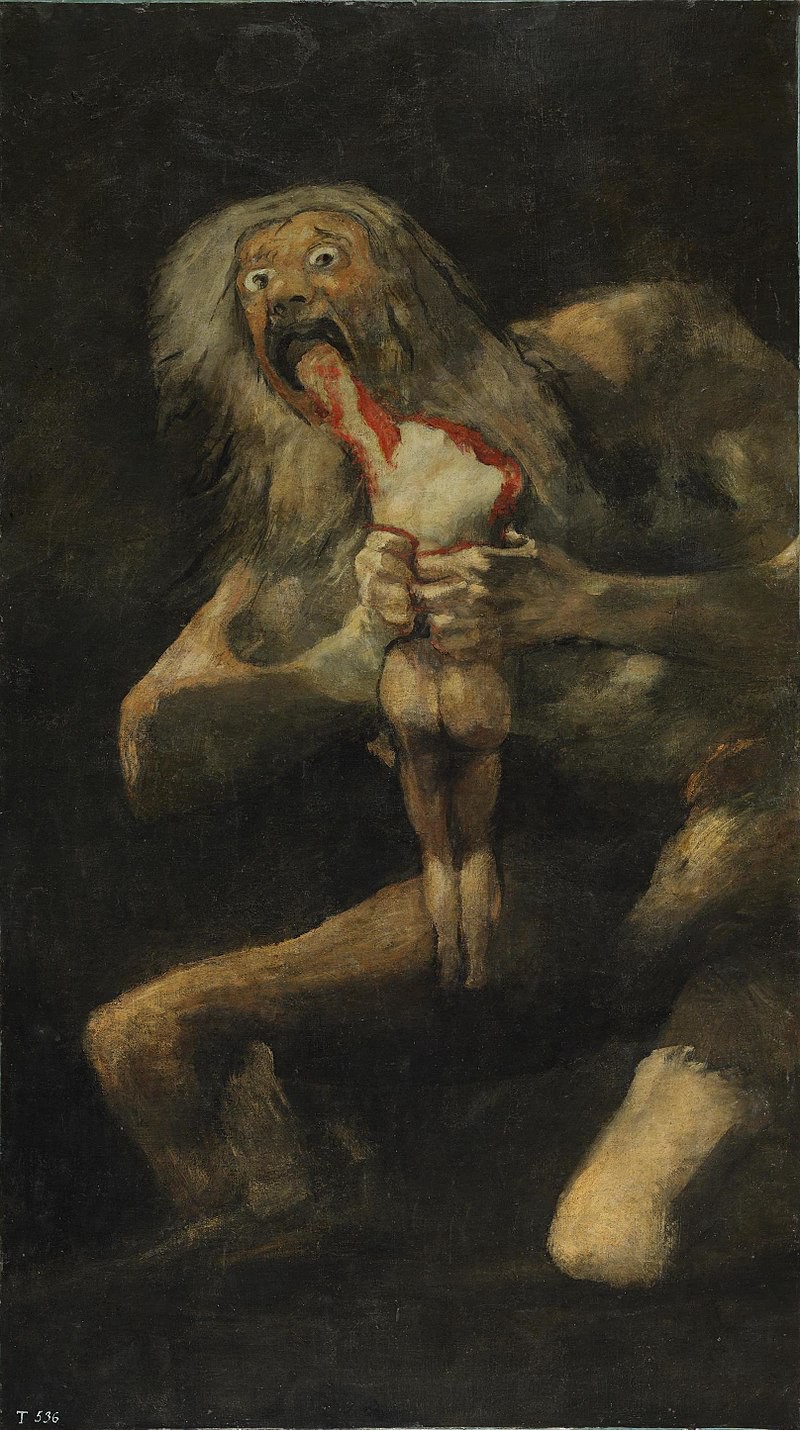 Goya emerged from a humble, lower middle-class family. He took to painting early on, traveling to Italy in his teens to improve his craft. Later, he moved to Madrid. Before he was able to sustain himself as a painter, he worked as a dishwasher in Madrid’s oldest continuously operating restaurant, the Sobrino de Botin. From humble beginnings, Goya would go on to become one of the most important artists of his generation.

A man of the Enlightenment (and what came after), Goya knew reason’s shortcomings at a deep level.

He seems to almost intuit psychological realities of human nature that were to be explored over a century after his time.

Goya flirted with the fantastic elements of nascent Romanticism without buying into the superficiality expressed by so many Romantics. He was too old and experienced to fall into the trap of naivety associated with idealistic, youthful painters and poets. Romanticism really shines when balanced with something else.

Francisco Goya, the graphic chronicler of his time, was the last of the Old Masters.
His paintings have spoken to succeeding generations at a deep level.

Over the course of his long career, Goya moved from jolly and lighthearted to deeply pessimistic and searching in his paintings, drawings, etchings, and frescoes.

Which takes me to Professor Dumbledore once more, who once said,
“We’ve all got both light and darkness within us.
What matters most is what we choose to act on.”

If one attempts to live, one can live to the fullest, no matter what time or age the person is born is, with his foot in the door of the world of higher consciousness.

Reflecting on the works and life of Master Goya, can stimulate one to enter a deeper of the human psyche and explore elements unknown to one before.
Thus, opening doors one didn’t know were there before, in his aid to help him make better life decisions ahead.